Well, the question is floating around lately … would it, could it, might it, should it, will it be possible to buy up a whole bunch of old cigarette vending machines and convert them to selling small, specially printed books? Why, of course, but, first, maybe, they have to be lung-safe. To add to the discussion (it really is floating around, I promise), here are some pictures from Gotha, Germany, which I took today. First, the full meal deal … 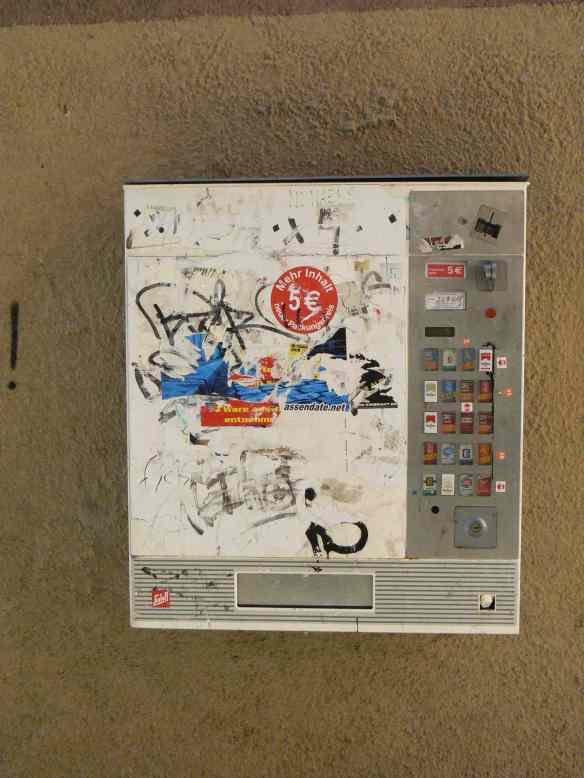 Cigarette Machine Next to the old Waid Hall in Gotha.

Ok, that Waid thing might be tough. In English, it’s Woad. It is what made the world turn around before the British East India Company brought Indigo back from India. Until then, you made the colour blue from this plant, that was fermented, for months, in urine. The law was: keep your windows shut on Sundays, for God’s sake. Looks, pretty good, though. Nice and artsy. All those stickers are illegal bits of Neo-nazi and anti-Nazi art. The way to deal with them is to tear them off. Here is one so enigmatic that no one bothered: 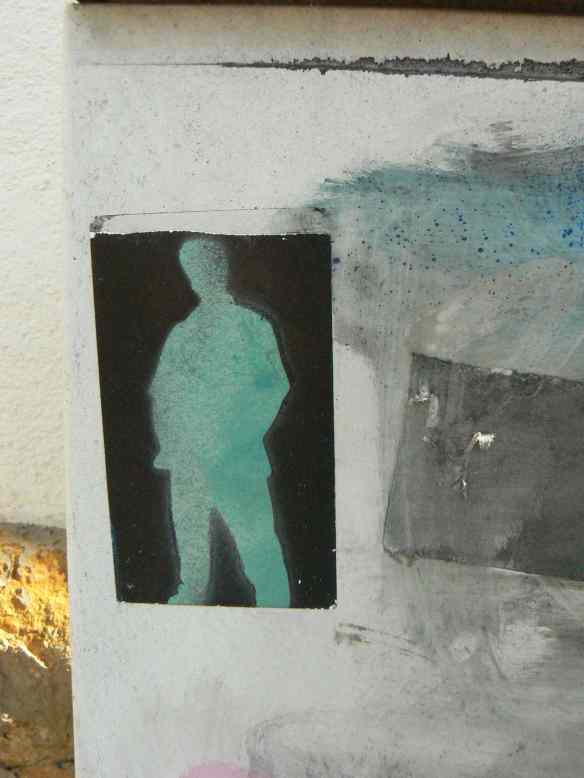 Well, OK, maybe that’s not the kind of books that the writers of Canada have in mind. Something like this maybe? 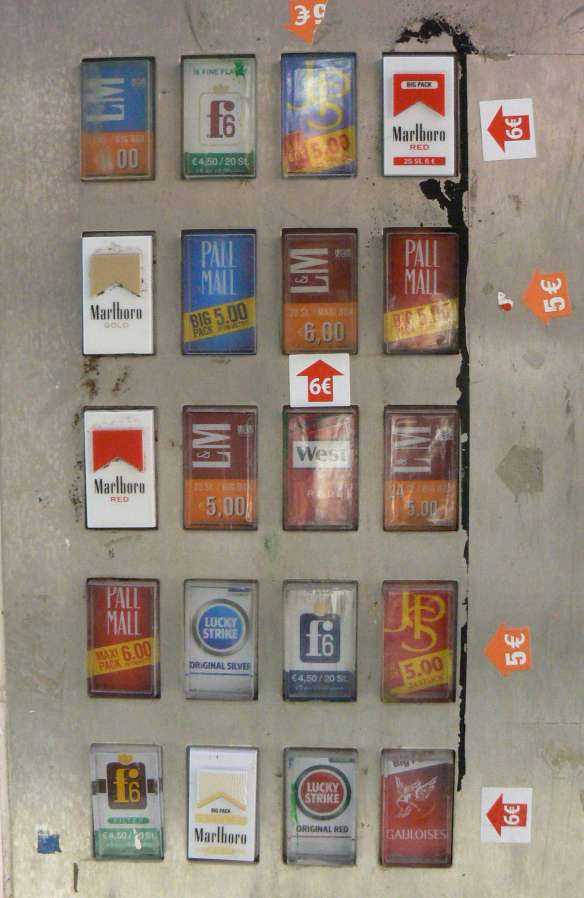 Obviously, some books would be better able to compete than others. I pity the poor writer who got stuck in next to the Marlboros. I mean, sheesh. Even Margaret Atwood can’t out-brand Marlboros. Well, the deal is that these machines are everywhere, in the smallest village and the biggest city. In the villages they aren’t adorned with illegal publications, but in the communist-era housing settlement (that replaced over half of the old town) of Gotha, they look like this: 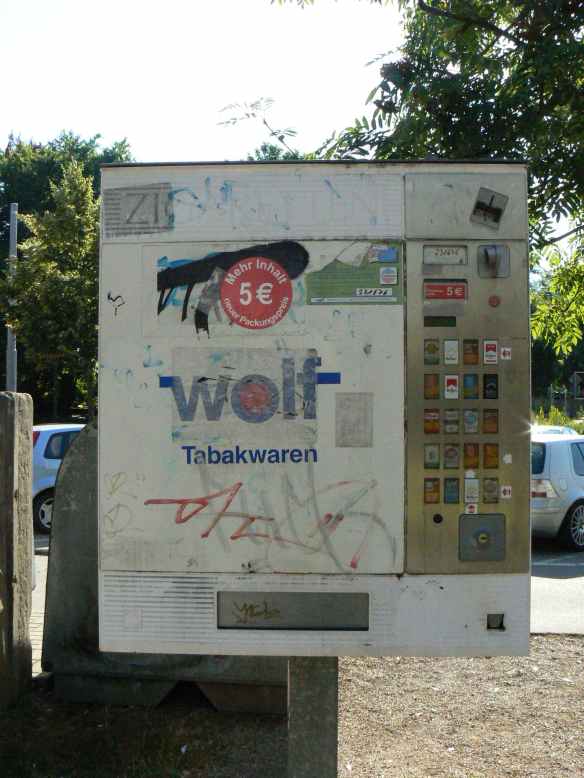 The Cigarettes on the Other Side of Town

Yeah, a bit of genuine graffitti there. You can bet it’s old. The Germans have so moved on from that. But cigarettes? As the playwright Stefan Schütz said to me: “What do they want to do? Take the last pleasure away from the proletariat?” Ditto for, I think books. But don’t let the cigarette machines have the last word. Don’t let them just simply say: a book is not a book until you can smoke it, right?

Let’s see what the German post office has to say about the matter. Again, in Gotha (we’re talking about the royal city here, after all)…. 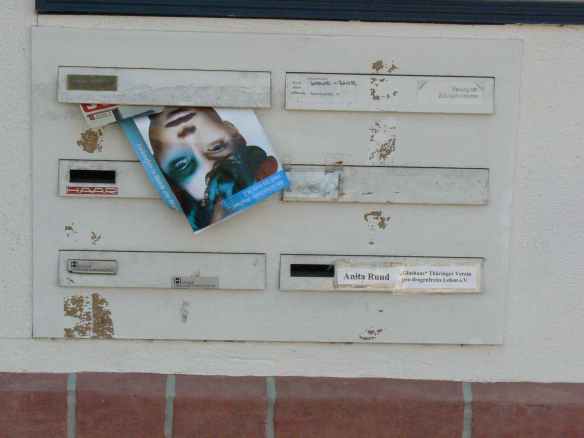 Unwanted Mail at a Hair Salon in Gotha

You can, it seems, lead a German hair-salonist to the mailbox, but you can’t make her read. Her neighbour, by the way, is The Glass House, the State Association for Living Drug-Free.

I think there’s lots of potential for this cigarette machine idea…as long as we glue the books on in the middle of the night, so our readers can tear them off before dawn.

And with that, good-night (I bow). Tomorrow I go to the most beautiful church in the world, the round church of St. Michael in Fulda.

Sorry, the monks are pretty clear: no pics.

I think you could safely say they aren’t smoking their books.