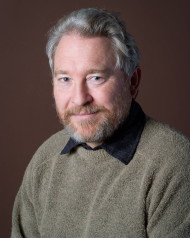 1986 Netherlands, Belgium, France, Switzerland, Germany, Denmark, following Sepp Dietrich’s trail through the Battle of the Bulge, through Sedan, to Neuchatel and Chillon with John Howe, to the Reichenau, the Freiburg Cathedral, Kuppenheim and Schloss Favourite, to the Jelling Stones and Fjords in Denmark, and on to Copenhagen, while Chernobyl fell over our shoulders.

1991 Germany, Switzerland, Denmark, with the bulk of time spent in the Ruhr. Easter in Freiburg.

1998 London, Northhampton, Leicester, Nottingham, Derby, with Lisa Robertson, Tim Bowling, Bill Bissett, and Dione Brand, as ambassadors of Canadian poetry in a program sponsored by the Canadian High Commission, the League of Canadian Poets, and the British Government.

2004 Quebec City for Carnival and the Ile de Orleans

1992-2004 Team Manager, Odyssey of the Mind and Destination Imagination