Humans, are you feeling trapped by the book? Are you tired of trolls like this?

Well, there’s help. I’m giving a talk about all this at Cottage Bistro in Vancouver on Sunday, February 28, at 5 pm. Here are some slides from the book, with their original captions. 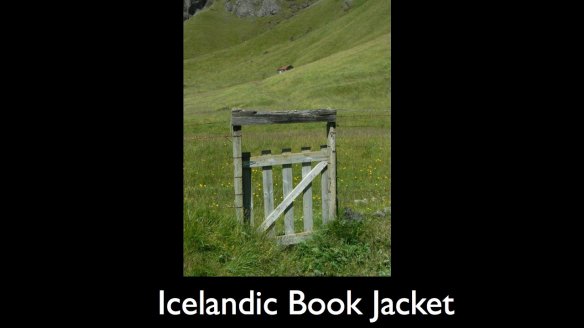 Do they not even bring you any sugar cubes anymore?

Here’s a hint of the story I’m going to tell from my new book, the Art of Haying. 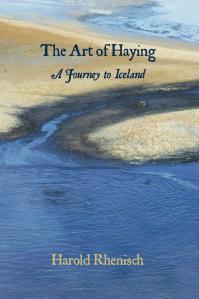 I didn’t find this story. It found me on the Camino through the dark forest of Germany, where I lost my identity right about here …

…was give a temporary identity to ride to keep me going, now that I didn’t have a book to hold me …

… and then met the Afrad (one of “The Chosen Ones”) Khedr when I was completely emptied out. He appears now on the cover of my new book of poems, Two Minds, a series of sufic ghazals, conjuring consciousness out of the winds of the world. That’s what Khedr does. He is the force of the world. 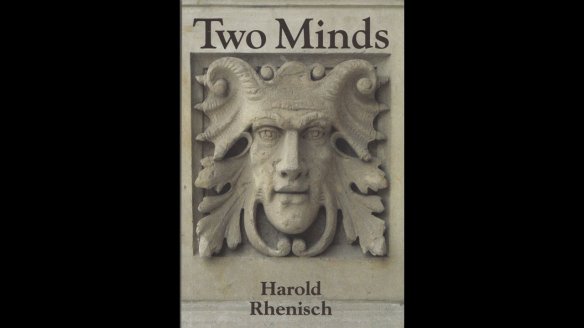 I’ll be talking about him on Sunday. He dropped me in Iceland a few days later.

I made new friends. 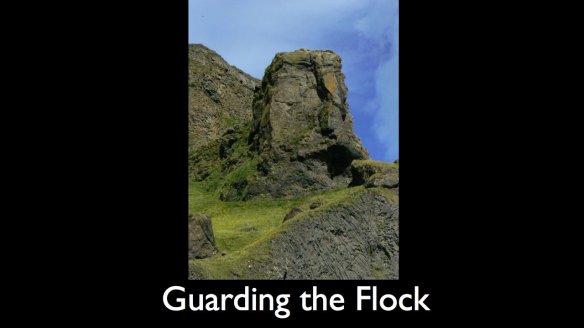 And so in Iceland I learned to see the pens and fenced pastures of the book. Here’s a collection of such books, including human house, abandoned turf houses, elf house and farm, and in the background, looking out over the fjord, a troll.

Here’s a young Icelandic reader learning her craft with a machine that is killing her, while gentler machines on display in this agricultural college are calling to her: “Go get a horse, dear!  We can do that for you.” But she doesn’t hear over the machine.

And so I learned the way out of the pastures of the book into a new wildness.

I learned old forms of creativity that are still new on Iceland. 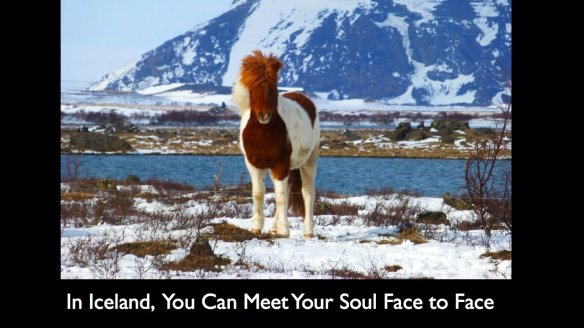 I learned to read the modern creative individual, the kind that Creative Writing programs are designed to craft (somehow, it didn’t take on me) …

… and I met many people, many ultra modern people, of the book’s fields. This guy in Reykjavik, for instance. Yes, he is a blockhead.

The Spirit of Reykjavik, too. Well, actually a film-maker’s Norse curse on the Americanized Reykjavik across the harbour from his encampment.

And this woman in Seyðisfjörður, after her body set her aside to dry in the sun after a hard day shovelling snow. 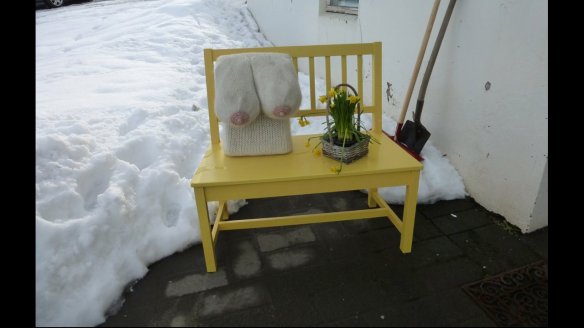 I learned that identities can be put on and taken off when they come to the end of their usefulness for the book trolls who run the farm. Here’s an art gallery of human book identities in downtown Reykjavik. 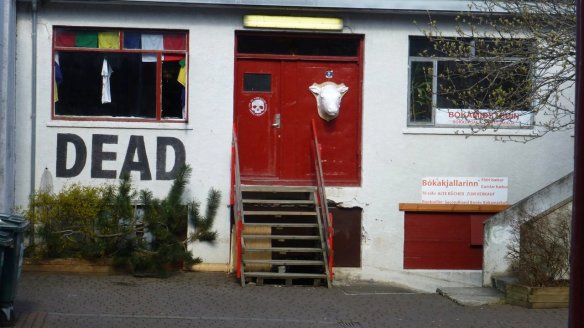 I also learned there is something else that is stronger than that identity and remains when it is stripped away, as mine was on the pilgrimage path through the German Revolution of 1989, and the Celtic Revolution of … well, long before that.

There is a form of creativity that predates the modern age and is stronger than it. It is still alive in Iceland. Khedr led me to it. It’s time to talk about these things. There’s a way out of that field, my friend. 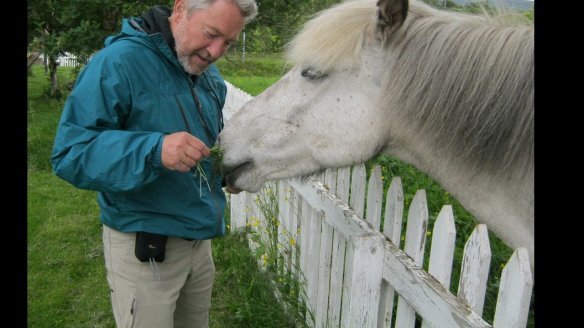 Does that look like you, living on an elf hill, sniffing the grass in my hand, as I stand beneath the sacred rowans of the graveyard that is always beside an elf hill? Yes, it is! Come on, let’s go to Iceland. I’ll give you the key to that gate.