CBC Books has announced its shortlist for the 2017 CBC Poetry Prize. Look at us proudly standing in for our poems.

The Poets and the Poems

I am proud that my poem Saying the Names Shanty is making its way across the country today as one of the five short-listed poems, and I am humbled that only five poets are representing the 33 poems of the long list, announced last week. That is a great responsibility. 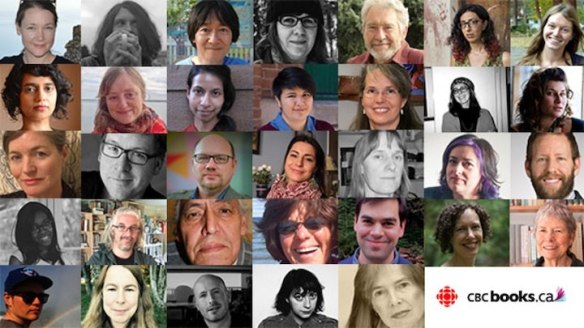 Wouldn’t it be great if all 33 of us read our poems together and then opened the floor to a big open mic for the other 2400 entrants. It would take a full weekend, at least. Or a year-long tour. I’m all for it.

Closer to home, you can see that my writing workshop group here in Vernon is thrilled. And surprised!

…across the nx̌ʷɘntkʷitkʷ and on…

The nx̌ʷɘntkʷitkʷ (The Columbia River), or Who Needs the English Language Anyway!

Some of that water is the snow that falls on the valley that speaks, in part, through me as Saying the Names Shanty. The nx̌ʷɘntkʷitkʷ is one of the big rivers of the continent, with a massive pull, but it looks like the poem has good legs, so that’s good. As I mentioned last week, here, the poem is about saying the names for the social fields, rivers, grasslands and rivers in which I live, including the qawsitkw, below, that leads salmon through the reactor fields to Siberia and back home to the rattlesnakes and prickly pear cactus. 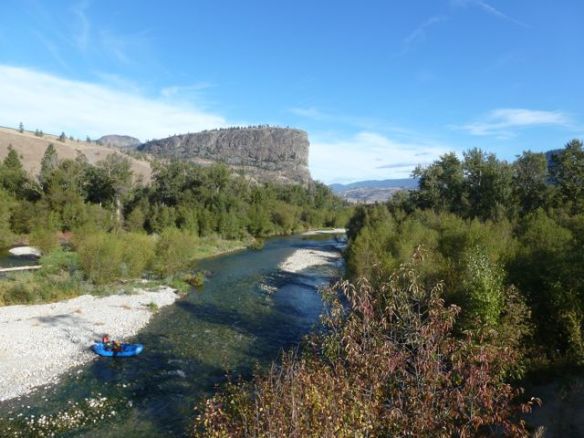 The Syilx Fishery at nʕaylintn.

The last unbroken salmon run on the Columbia and the source of renewal for the whole plateau.

The poem is one of many eyes of this story I have landed on. Here are some of its sisters, at Ktlil’x:

The sacred water at the heart of my country, with a rogue Russian Olive trying to blend in as only a date can.

There are more images here: https://okanaganokanogan.com/2012/04/16/sacred-waters-part-one/

You can find out more about syilx names for this country on the naming project, sqʷəlqʷltulaʔxʷ, or, roughly, Voices on the Land.

In the spirit of coming together, let’s sing a poem today and be brought to life by its voice, wherever it finds us, however we make ourselves open to it, in a shared giving of thanks that poems can still find us. I’m so proud that my poem is out there, giving thanks in a brighter voice than I can without it, and in your company, too. What a bonus! Thank you, from a Transparent apple tree and its dandelion-headed caretaker.

The poet Daniela Elza has generously invited me to continue a conversation about books, called “The Next Big Thing.” Her opener is here. As this book is a collection of long poems, I hope it can join the conversation. The conversation takes the form of an interview by a text of a human talking about a text as if the human wrote it.

What is the working title of your next book?

Northwest. Here’s one of my co-writers … 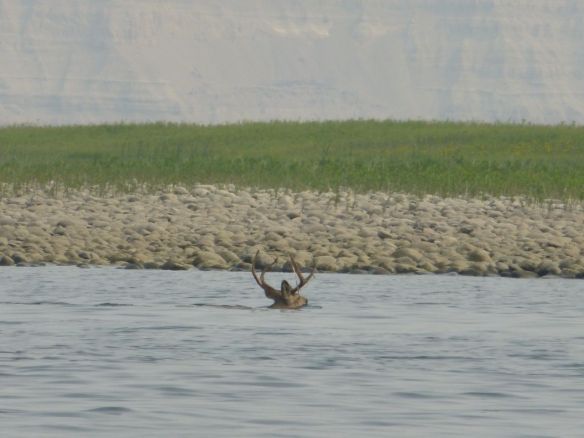 A Buck Swims the Hanford Reach…

Where did the idea come from for the book?

I was at the League of Canadian Poets convention in the Canadian city of Vancouver in 2008. The Canadian poet Nancy Holmes admonished all present to learn what she called “your history.” She went on to quote a long list of important, historical Canadian poets. I realized that I was in the wrong room, as “my history” and my land (the Okanagan, Okanogan, Sinlahekin and other valleys and deserts that make up the Northern half of the Columbia Plateau) is part of the Northwest. It belongs more to Oregon and Washington and Idaho than to Vancouver or Canada. I also realized that my poetic traditions predate the arrival of Canlit in British Columbia in the late 1970s. Even seminal “Canadian” events like the War of 1812 entered my country through the U.S.A., rather than from Ontario or Quebec, through the filter of refugees from such battles as the Cayuse War, the Yakima War, and the Nez Perce War. I left the conference, drove down to Astoria, Oregon, and followed my river, the Columbia, home from the sea, like a salmon. The book came quickly after that.

The Similkameen, near Nighthawk, Washington. The sacred peaks, Hurley Peak and Chopaka, are in the background.

What genre does your book fall under?

I dried to drop it, but it flew. It’s the kind of book built out of words. The words are poetry. The lines are long. The language is oral, in both Chinook trade jargon and English. The book sings. It chants. It howls. It speaks the real names of this place. It praises, above all. It is about the salmon coming home. It is about living in one country without borders. If it has a genre, it’s a Northwest book of Shanties, to use the Chinook word for songs.

What actors would you choose to play the part of your characters in a movie rendition?

Yellow Wolf and Joseph of the Nez Perce, even if they have to show up only in spirit. Ian McKellen. Adam Beach. Evan Adams. Irene Bedard. The sound track would be Tsinuk drumming tracks, worked into a score by Michael Nyman.

What is the one-sentence synopsis of your book?

After thirty-five years, a poet and his friend Coyote follow the salmon home to write the book that Pound might have written had he gone to the Northwest and done the real work. 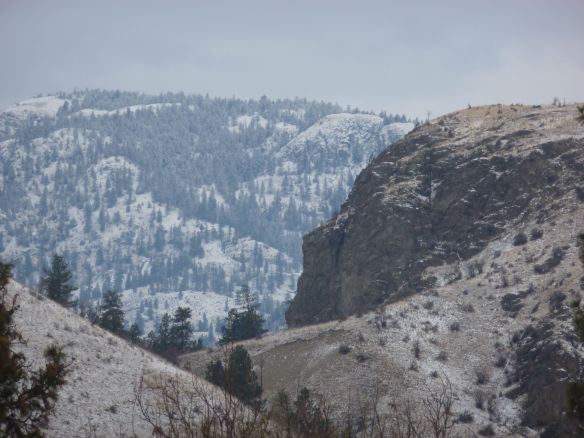 The Okanagan Salmon are barred from the valley at the dam at the bottom of Dog Lake, just a kilometre south of this point.

Will your book be self-published or represented by an agency?

It will be published by Ronsdale Press.

How long did it take you to write the first draft of the manuscript?

Thirty-five years. 16,000 years. A lifetime. Every poet tries and tries to write one poem. This is my poem. 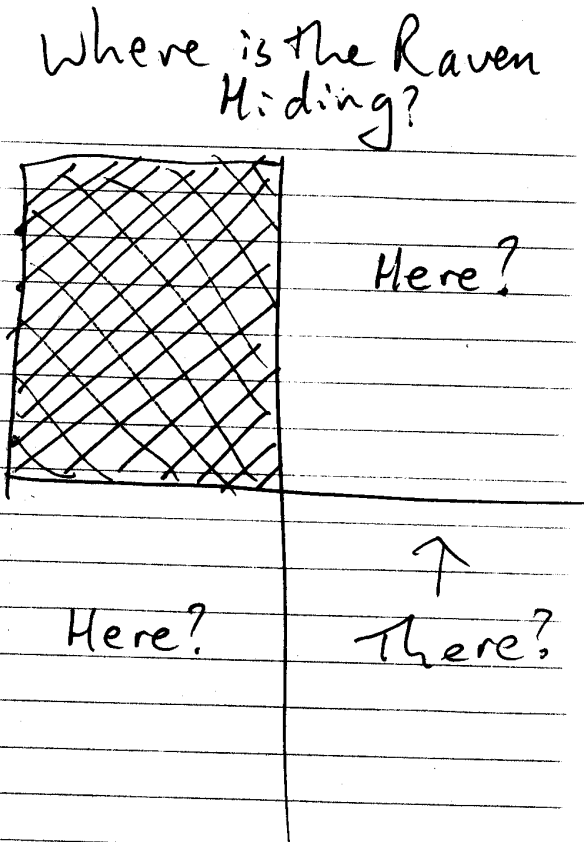 Then it found its words.

What other books would you compare this story to within your genre?

The ancient stories of the Northwest. The Cantos, by Ezra Pound. Zone Journals, by Charles Wright. Voice, My Shaman, by Charles Lillard. Deathwatch on Skidegate Narrows, by Sean Virgo. Axion Esti, by Odysseus Elytis. The stories of Harry Robinson. 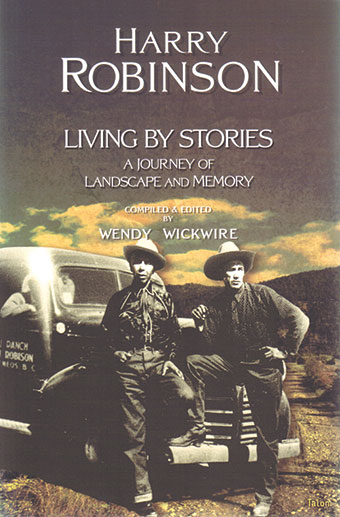 Who or what inspired you to write this book?

That’s a better question. Sherman Alexie’s The Pow-Wow at the End of the World. The writing of Motherstone: British Columbia’s Volcanic Plateau, in which I found the bones of this land. My old walking buddy, Coyote. The Sugarcane Father’s Day Pow-Wow of 2007, which brought me a second place prize in the CBC Literary competition (which is in this book). On the Mysteries of the Egyptians, Chaldeans and Assyrians, by Iamblichus, a revised translation of which won the Malahat Long Poem Prize (large sections of it are in this book as well), before I was barred from entering the contest for winning twice. With no more outlet for long poetry, I wrote this book of long pieces instead. The University of British Columbia, for presenting a view of poetry as a personal, lyrical, global project, drawing exclusively on North American English speaking traditions, that drove me to write instead what I knew: a land and its people across time and space. Janice Frank, for welcoming me into her Secwepemc language class (for two years) in 100 Mile House and showing me the true meaning of respect. Ultimately, Charles Lillard, who showed us the way but died too young, before he finished, and Robin Skelton who worked with him on the Northwest Renaissance project. This is a part of that project, a few decades after Canadian Literature took over the helm in this place. Pound, always. The Columbia Plateau. St. Mary’s Mission in Colville, Washington, and the Kettle Falls that are no more. The ecologist Ordell Steen, for taking me out to the Junction Sheep Range and showing me the story I already knew, about the grass, and finding words for it, together, in Spirit in the Grass. Long talks with Van Egan, Roderick Haig-Brown’s friend in Campbell River, about becoming the river, which became the text of the first Roderick Haig-Brown Memorial Lecture. The Last Great Sea, by Terry Glavin. The Earth. All the ancestors. 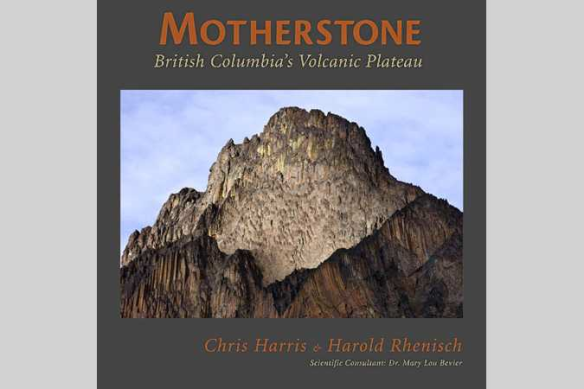 What else about the book might pique the reader’s interest?

The discussion is set up as a game of tag, in which each human gets to tag another human to be interviewed by the text. I’m going to use the opportunity to tag five other books. Rather than having them interview humans, I will interview them instead. These are:

The Art of Haying, about the world past the age of the book. Meditations. and An Expedition to Iceland, about Old Norse and English. Poems.

The Book and the Goat, platonic dialogues between a book and its critic. Philosophy.

White Noise, a pilgrimage on the Camino through East Germany. The third volume in the Faust trilogy. The other two were written by Goethe. At the middle lies Buchenwald, which was built to imprison Goethe. Really.

Atomic Okanagan, or Back to the Interior, a memoir built around the effects of the Manhattan Project of the Central Columbia on the Okanagan Valley (in territory claimed by Canada).

Planet of the Sun, a book of environmental science and writing, built around the explorations here, and its companion, The Terroir of Riesling, part of a project of transforming literature into agro-ecological writing.

I know that to follow the rules of this game I should be tagging poets from my country and my culture, who are going to be the Next Big Thing. I would love to meet such poets. As for the Next Big Thing, I lost my identity in East Germany and have spent four years now building a new one. It doesn’t include the ability to turn myself into an article of commerce anymore. My trip became a pilgrimage, not through identity but through the world, deeply immersed in the communist-post-communist-and-capitalist nuances of the fall of East Germany. I found my way home in No Man’s Land between them, but it was touch and go. Each of the books above has been written by a different person. I am none of them. So it is in my country. I hope it will do, Daniela. Blessings.